Strikeforce & Jose Canseco Turning Into He Said, He Said

After Herschel Walker surprised many by easily beating Greg Nagy at “Strikeforce: Miami,” Jose Canseco wanted to get a piece of Walker and immediately started lobbying for a fight.

Unfortunately for Canseco, it seemed as though Strikeforce had no interest in bringing in the former “Bash Brother” and Hong Man Choi punching bag.

“That’s not going to happen,” Strikeforce CEO Scott Coker told MMAFighting. “I know he wants to fight and he trained with Cesar Gracie, but I don’t think he’s training with Cesar anymore.”

As you can see in the photo below, Canseco did make the trek to the Gracie Academy, but it’s unclear as to whether he actually trains there on a consistent basis. 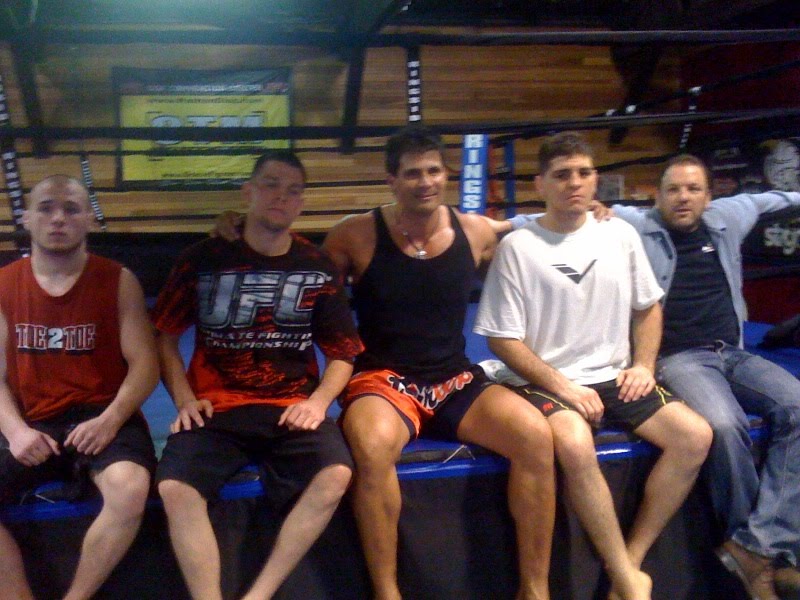 Coker also said that neither he nor his promotion have ever talked with Canseco, but a recent picture posted on Canseco’s Twitter page seems to say otherwise (see below).

The photo above shows Canseco having lunch with Rich Chou and Scott Coker of Strikeforce as CageWriter pointed out.

Obviously, Canseco having lunch with Strikeforce officials could be purely coincidental, but they could also be looking to put together a fight between he and Walker for their CBS card on April 17th since Fedor Emelianenko will not be participating.

Media coverage for a potential Canseco vs. Walker bout would be pretty big as outlets like ESPN, Fox Sports and several other networks would eat up the potential fight.

Strikeforce promised a “big announcement” on Monday. This should be interesting.