The story just broke, so the report is rather vague. It does not state if either of the two were at home when the “disturbance” took place, however does mention the crime scene investigative unit was called to their residence. 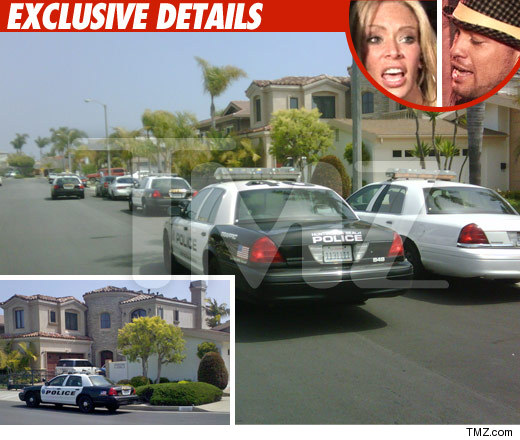 The power couple originally met on MySpace in 2006 and began dating shortly after. They are not married, however Jameson gave birth to Ortiz’s twin boys in March 2009.

Ortiz also has another son from a previous marriage.

TMZ has just reported that “The Huntington Beach Bad Boy” was just arrested for felony domestic violence. According to the updated report, cops responded to a 9:53 AM call and reported that Jameson has “visible injuries.”

For more on this story, please click HERE – “The Huntington Beach Bad” Boy is up to No Good