Since the Australians greeted “UFC 127: Penn vs. Fitch” with a record-tying response, it was only fitting the Aussies receive a comprehensive schedule to ensure they don’t miss out on any of this week’s fight festivities.

The pay-per-view broadcast will air live in North America this Saturday at 10PM ET/7PM PT.

Here is a look at the show’s official fight week schedule: 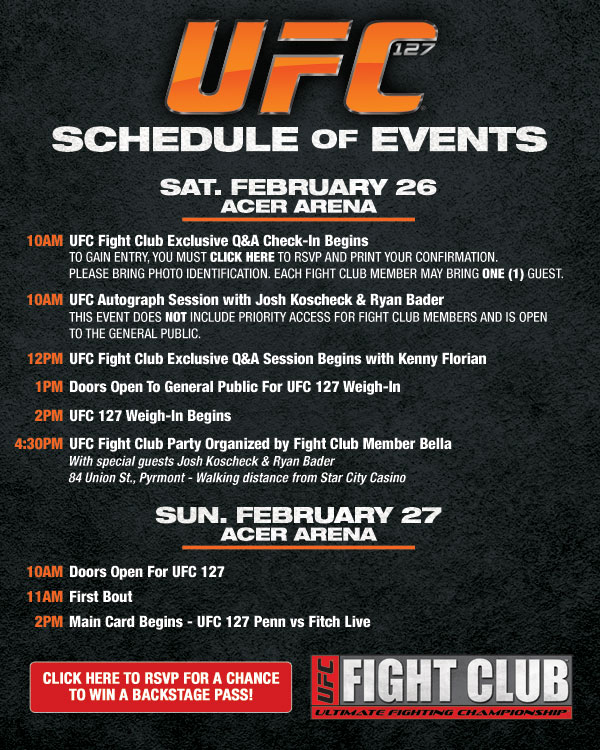 These are the athletes that will appear in the Octagon’s return to the land down under: