UFC lightweight Nate Diaz (pictured) was not in a good mood Sunday night. It wasn’t because Justin Bieber wasn’t performing at the Grammys, but because Diaz had a lot to say and no media outlets had the cojones to contact him for an interview.

“I would’ve done a interview but they scared to call I think UFC got you all in check… #marks,” Diaz posted on his twitter account.

I wasn’t scared, homie. I just didn’t know you were offering up a rare interview.

Diaz posted a picture of an open letter he presumably wrote expressing his dislike for Anthony Pettis and the shiny suit the UFC lightweight champ donned on Saturday’s UFC on FOX 10 broadcast.

Speaking of UFC on FOX 10, Diaz also had plenty to say about the show’s featured attraction between Benson Henderson and Josh Thomson – the two men who handed Diaz his most recent losses.

Oh, and just in case you were wondering, Diaz thought Thomson’s “bitchass” beat Henderson on Saturday. 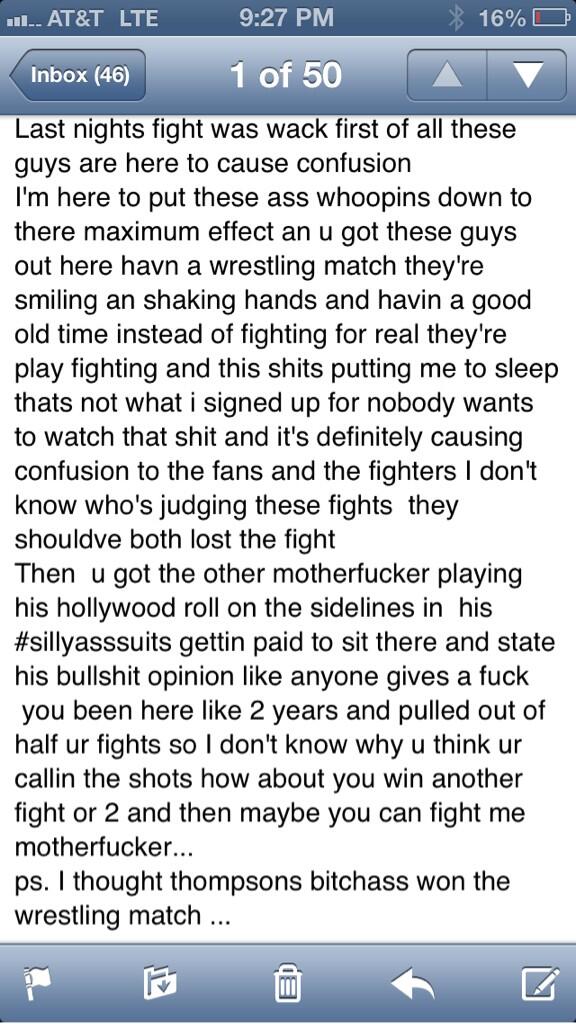